We are so pleased that on Tuesday 26th April, the first-ever Westminster debate on Childhood Cancer Outcomes was held. It was led by MP Caroline Dineage whose constituent Sophie Fairall died last September at the age of ten following a diagnosis of rhabdomyosarcoma.

Caroline said, “Childhood cancer is often referred to as rare, but it is the biggest killer of children under the age of 14. In this age group, there are around 1,800 new cancer cases every year. One in 320 people will be diagnosed with cancer before their 20th birthday, and 12 children and young people diagnosed every single day in the UK. How can that be described as rare?”

Her focus of the debate was to encourage the government to look at how we can improve detection, treatment and care for children with cancer. She sees the Governments 10-year plan for cancer as a “once-in-a-generation opportunity to move the dial on children’s cancer outcomes”

One of the areas which Caroline spoke about is the impact treatments for cancer have on children. She highlighted to MPs that, “Once a child has been diagnosed, the gruelling process of treating the cancer begins. Between 1997 and 2018, only 18 new drugs were approved for 22 paediatric oncology indications, and they were generally for quite specific or relapse cases. That means many children are often given the same treatments as adults—incredibly aggressive chemotherapies and radiotherapies—and in many cases, children’s treatments have not changed for decades. Even if the cancer is beaten, the child’s body is often so ravaged by the treatment as to leave long-term impacts from which they may never recover.

Very many survivors are left with long-term hormone deficiencies, some of which are life-threatening. Survivors can also experience neurological, behavioural, cognitive and visual impairment. As other Members have said, it is vital to find better treatments specifically for children, which means better research is vital.”

Hospital stays for children and families could be greatly improved

Sophie had wished for improvements for children, teenagers and their families whilst they stayed in hospital for treatment. Caroline Dineage told MPs that “Sophie wanted better play facilities for children in hospital wards. Most hospitals only have play specialists at very limited hours. Sophie also wanted better hospital food for poorly children. She was worried about the parents who spent hours at the bedside and often did not get to eat at all. Often during her own treatment, Sophie felt poorly at set mealtimes. Later, when she was feeling a bit better, there was no capability at the hospital to make her anything to eat.”

Maria Cauldield MP also spoke about food, saying “We know that food is important for all patients, but particularly for children, because nutritious food is a way of aiding patients’ recovery. It is difficult in hospital. I know from my experience as a nurse that we always serve food at 7, 12 and 6, and if someone is hungry in between, it is often very difficult to get any food at all.”

Many other MP’s shared stories of children, teenagers and their families that have been so horribly impacted by childhood cancer around the country.

Mark Tami MP, whose own son was diagnosed with leukaemia at the age of nine also highlighted that “Young people may also find it difficult to talk to their own families about some of these issues and the concerns they have. That is why professional counsellors and clinical nurse specialists can play an important role in this respect. Reintroduction into school, for example, can be a traumatic experience for young cancer patients, as well as for their classmates, because they might look very different from when they left the school. I remember a young girl telling me that the worst part of what had happened to her was not the treatment, but the fact that she lost her hair—coming to terms with that is very difficult.”

Mark also said that “Support should be available for family members of young cancer sufferers. I remember when everyone would phone up all the time and ask how my eldest son was, but no one would ask how his younger brother was. They were not being mean; it was just that their focus was on that child. During the whole treatment process, there is a financial cost to travelling to and from a specialist centre, and for some, the choice is between employment or caring for their child. That is the choice that a lot of people have to make, so there are enormous pressures there. I think we need to place psychological support on an equal footing with addressing the physical treatment of childhood cancers, with equal access to support, not as an afterthought or an add-on, but as part and parcel of the process, from diagnosis to dealing with the long-term effects”

A number of MPs, including Taiwo Owatemi, a trained cancer pharmacist, raised the fact that “Less than 4% of all cancer research funding is spent on cancer that primarily affects children. Childhood cancer research has been underfunded and neglected for decades in comparison with investment in researching cancers that affect adults. That unacceptable inequality of resources has fatal consequences for children in the United Kingdom.”

Caroline Dineage concluded the debate, reiterating that “The Government’s 10-year plan for cancer is a once-in-a-generation opportunity to move the dial on children’s cancer outcomes. It is a chance to shine a spotlight on this often devalued and much-neglected area of medical research. The 10-year plan is a chance to introduce the mission on childhood cancer, which could really make a difference and save lives in future.”

Candlelighters are here for families

At Candlelighters, we are so pleased that the impacts of cancer on children, teenagers, young people and their families have been so thoroughly debated at Westminster. It is heartbreaking though to hear the many stories of families that have been so badly impacted by cancer across the country.

We are familiar with many of the issues that have been highlighted to MPs, and they’re why our charity was formed more than 45 years ago. Sophie Fairall had wished to improve stays in the hospital for children and families. This is something we have also worked hard with Leeds Children’s Hospital to ensure is there for families treated on the wards. We fund three play specialists, a dinner lady, have our own family support team working on the wards and fund refreshments and many activities, all to give the best possible environment for children, teenagers and their families.

Mark Tami referred to the emotional impact on children and on the whole family. At Candlelighters, we have always recognised the impact a childhood cancer diagnosis has on the whole family, which is why our services are for the family and not just the patient. We provide talking therapy and wellbeing services for the children and their families to help deal with the emotional impacts of cancer that Mark refers to. Our Candlelighters In Your Community team also ensure that families receive that same level of support when they’re back at home, reflecting that the impacts of cancer do not stop outside the hospital ward.

A number of the MPs were shocked to discover that only 4% of cancer research is focussed on childhood cancers. At Candlelighters we have funded childhood cancer research for 40 years, in the last twenty years alone investing over £9 million. All of the research we fund is targeted to improve the lives and outcomes of children diagnosed with cancer.

We have just committed up to £1 million pounds over 5 years to fund vital research into supportive care, which aims to find kinder treatments for children which will improve their quality of life. As well as continuing to commit to childhood cancer research, this also focuses on many of the impacts of treatments that were discussed during the debate which currently leave children with many (and at times horrific) short- and long-term effects.

We will continue to be there for families to support them through childhood cancer, as well as investing in a brighter future. If you’d like to support our vital work, you can make a donation here.

We’re absolutely thrilled to announce our Company of the Month for April 2022 is Oakwood Garden Rooms! Leeds-based Oakwood Garden Rooms have been supporting Candlelighters as their charity of choice since December 2020. In this time, they have raised an absolutely incredible amount for Candlelighters through some fantastic online raffles. Owner Liam Griffin and the …
Read More
Company of the Month… Mowgli!

We’re super excited to announce our Company of the Month for March 2022 is Mowgli Street Food! Mowgli started supporting Candlelighters in early 2020 after the opening of their Leeds restaurant. They put in place a cause-related marketing agreement, encouraging customers to add a £1 donation to their bill in support of Candlelighters. This simple …
Read More
Company of the Month… Katchr! 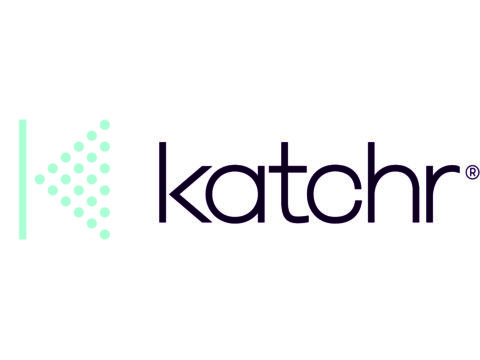 We’re so pleased to announce that our Company of the Month for February 2022 is Law Firm Business Intelligence Software company, Katchr! Katchr have supported Candlelighters since 2020 and have got involved with a wide range of fundraising activities to help our children and families. Katchr said, ‘Our involvement with Candlelighters started two years ago …
Read More
Footer
Privacy Policy Cookie Policy