Enter our Christmas Raffle now and you can help us be there for children and families facing childhood cancer this Christmas as well as giving the gift of hope with our investment into childhood cancer research for a brighter future.

Tickets are just £1 each and every purchase will make a huge difference to families going through childhood cancer.

The raffle will be drawn on Friday 17th December 2021.

See below for all the amazing prizes you could win. Thank you for your support and good luck in the draw!

Third prize: A relaxation and wellbeing package worth £750 from Slumberdown

Fifth prize: A £50 voucher for Chaophraya from Thai Leisure Group You can make a real difference this Christmas. Every raffle ticket you buy and every pound you give will help a child and their family get through childhood cancer.

£5 could fund craft materials for a child on the wards this Christmas to help provide distraction and fun during their time in hospital.

£15 could fund a Christmas Eve box for a child staying in hospital over Christmas to help bring some Christmas magic to the wards.

£30 could fund a New Patient Pack for families receiving the devastating news that their child has cancer over the Christmas period. The packs contain vital information and essential items the family may need.

£100 could fund a Christmas grant for a family, enabling them to make special memories with their child or simply to ease the financial burden having a child with cancer can bring.

Deadline for entries is midnight on Thursday 16th December 2021. Draw will take place on Friday 17th December 2021 at Sterling’s registered offices Furness Gate, Furness Business Park, Barrow-In-Furness, Cumbria, LA14 2PE. Promoter: Emily Wragg. Tickets must not be sold to anyone under the age of 16. Registered with Leeds City Council No. LOTREG01352. T&C’s for each prize apply. All prizes are non-exchangeable, non-transferable, and are not redeemable for cash or other prizes. The winners’ contract in respect of the non-cash prizes is directly with the supplier of the prize. Candlelighters accepts no responsibility for any costs associated with the prizes and not specifically included in the prizes (including, without limitation, travel to and from the prize destination if relevant). Candlelighters accepts no responsibility for any damage, loss, liabilities, injury or disappointment incurred or suffered by you as a result of accepting a prize nor participation in a prize. Any raffle ticket monies received after the closing date will be treated as a donation to Candlelighters and the tickets will not be entered into the draw. Tickets can be purchased by anyone living in Great Britain (excluding Northern Ireland, Isle of Man and the Channel Islands). Candlelighters will endeavour to contact winners by telephone, and then by email. If no contact is made, the unclaimed prize is held for 2 months. Once this deadline has passed, the unclaimed prize may be treated as Candlelighters sees fit, and it may be returned to the raffle fund. Any person(s) involved in the running of the raffle, is unable to enter, including the licence holder.

A fabulous opportunity for a group of ten people to enjoy a VIP match experience in the Emerald Suite, to include:

The prize is subject to availability and the dates available to book the experience will be confirmed once the new season's fixtures list is available.

Third prize: A relaxation and wellbeing package worth £750 from Slumberdown T&Cs

The prize is not transferable to another individual. Any transfer of the prize by the winner will result in immediate disqualification.
The 90 minute Zoom therapy session with Ruth Adams is for one person only and they must be over the age of 16.

Please note that a winner between 16-17 years of age must have parental permission to attend the session and Ruth Adams must have a discussion with the parent or adult guardian of the winner before the session takes place to establish there are no serious health concerns, trauma issues or mental health issues at hand. Should it be established there are any serious conditions, the parent or guardian may need to be in attendance of the session alongside the winner.

The winner must disclose relevant medical history to Ruth Adams prior to the session and arrange the date of the session directly with Ruth Adams. The Zoom therapy session cannot be conducted on Zoom with those who have breathing difficulties, heart problems, or those who have been diagnosed with Bipolar, epilepsy or severe mental health disorders.

Slumberdown reserves the right to offer an alternative prize of equal or greater value.

Contents of hamper may contain nuts or traces of nuts/wheat or dairy. Sandy Docherty does not take responsibility for any persons having a reaction to any allergens. Arrangements will be made with the winner to collect their prize at a mutually convenient time from Candlelighters, 8 Woodhouse Square, Leeds, LS3 1AD.

£50 voucher cannot be exchanged for cash. Can be used for multiple visits and against experiences. Valid for one year.

We are delighted to announce that Candlelighters has granted £15,000 to The Sick Children’s Trust for essential running costs of Eckersley House, a home from home accommodation opposite the Clarendon Wing. As one of only 21 Principal Treatment Centres for children’s cancer in the UK and only two in Yorkshire, we know that many children …
Find out more
Company of the Month… Maths Made Easy!

We’re so excited to announce our October Company of the Month as the amazing Maths Made Easy! Earlier in 2021, Maths Made Easy chose Candlelighters as their Charity of the Year, and in July, an army of fundraisers from Maths Made Easy also took part in Total Warrior for us! Raising a fantastic amount of …
Find out more
Young Dreamers Dream Big for Candlelighters

Over 45 years Candlelighters have continually evolved to provide superb support for children and their families, spanning emotional, practical and financial support, and investment in vital childhood cancer research. Candlelighters strive to embed the needs and wants of children at a strategic level, ensuring our support is the best it possibly can be and that …
Find out more
Company of the Month… Thai Leisure Group! 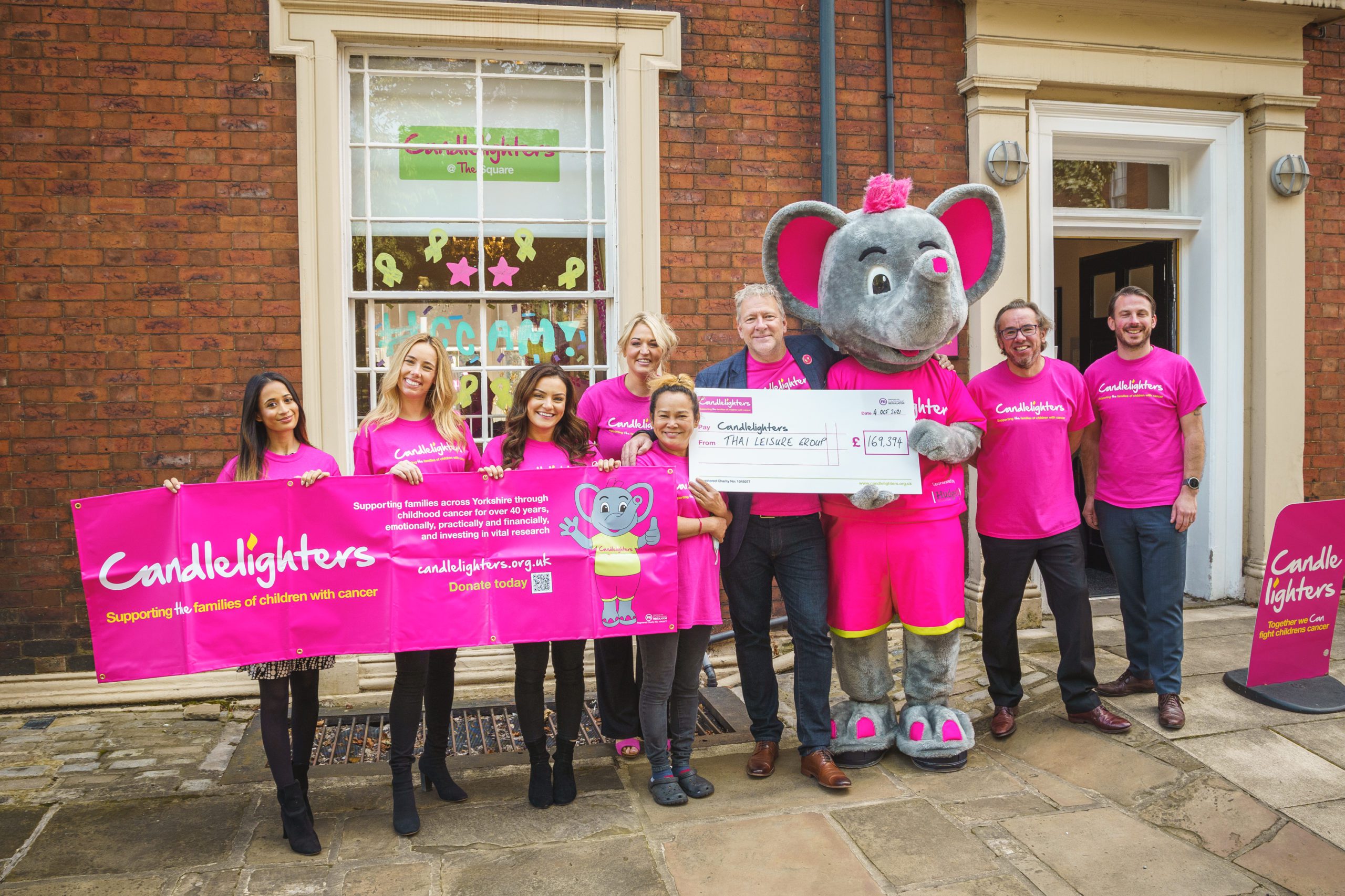 We’re overjoyed to announce our September Company of the Month as the fabulous Thai Leisure Group! With Thai Leisure Group, who own Chaophraya, Thaikhun, Yee Rah and ChaoBaby restaurants across the country, launching a ‘Charity of the Quarter’ initiative, we were incredibly grateful to be chosen as the first charity to be supported earlier this …
Find out more
Memories of Candlelighters: Amy

As we celebrate our 45th birthday this year, we’ve been talking to people with memories of Candlelighters through the years. Amy, now 38, from Wakefield, was diagnosed with acute lymphoblastic leukaemia in 1995, aged 12. Amy particularly remembers some of the events and holidays provided by Candlelighters when she was on treatment, as well as …
Find out more
Candlelighters at UoL Fertility Research

We are excited to share the results of a new piece of research by Candlelighters undertaken at the University of Leeds. As well as supporting families daily through childhood cancer, we bring hope by investing in vital research to improve the outcomes and lives of children with cancer. For nearly 40 years we have invested …
Find out more
Candlelighters at 45 – Research 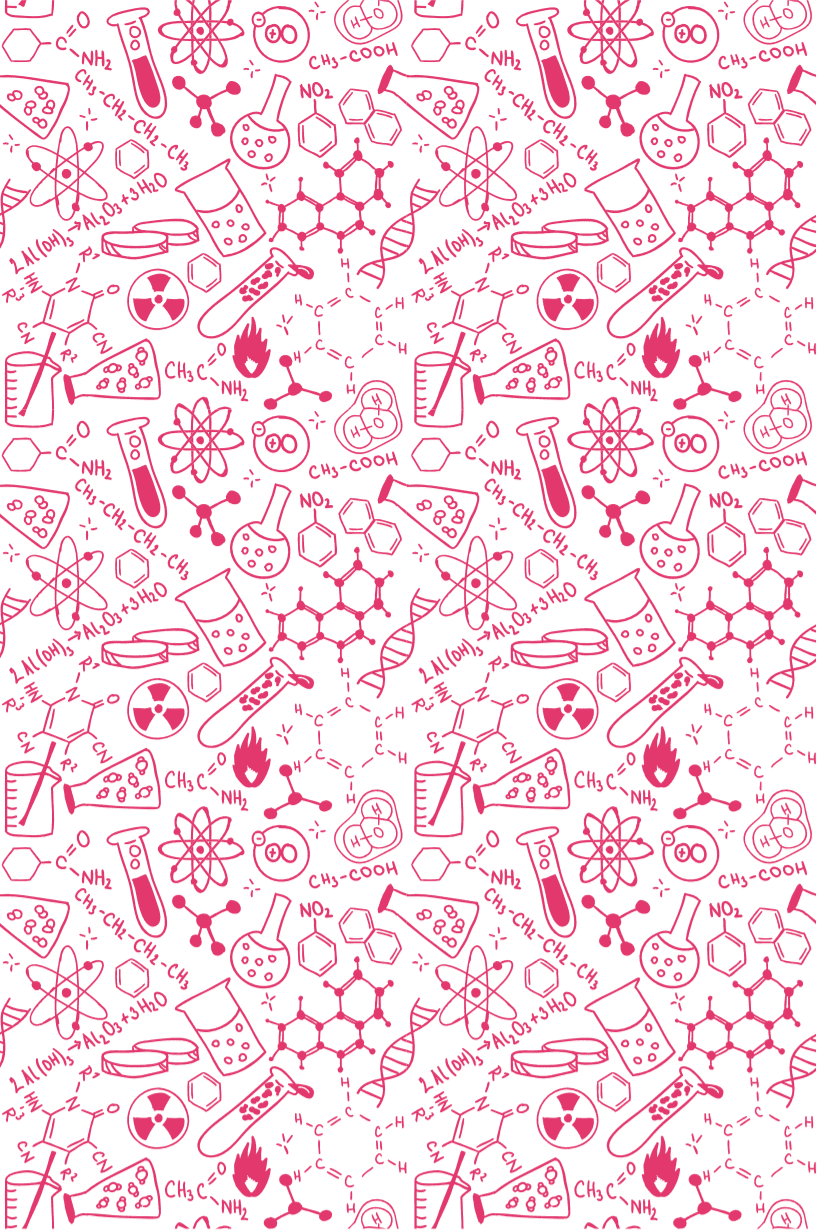 Did you know over our 45-year history, we’ve been involved in many childhood cancer research programmes and projects? In the last 20 years alone, we’ve invested over £9m into research to improve the lives and outcomes of children with cancer. In 1992, Professor Sue Burchill became the first scientist to be fully funded by Candlelighters …
Find out more
Company of the Month… Slumberdown! 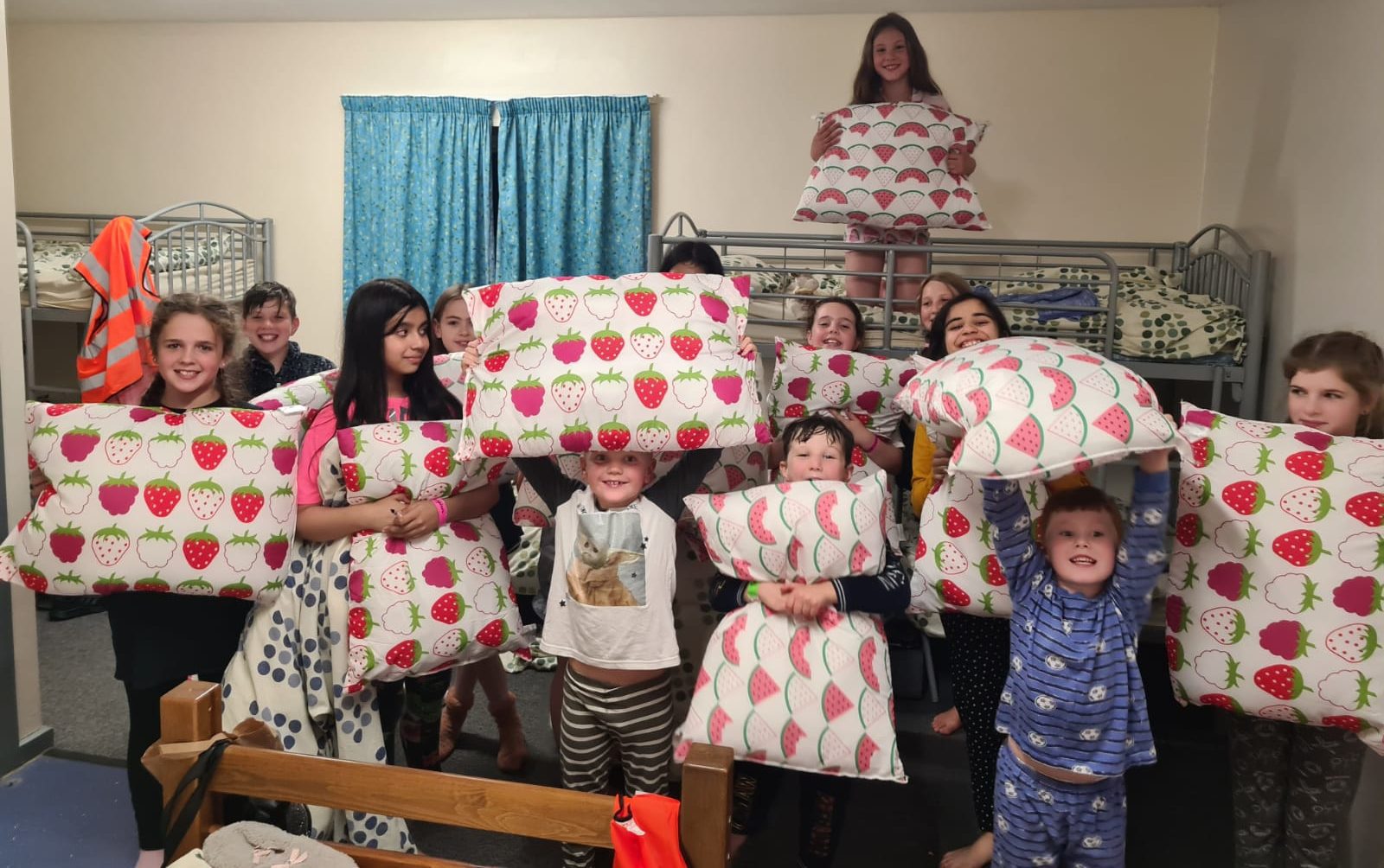 We’re pleased to announce that our August Company of the Month is Slumberdown! Slumberdown have supported Candlelighters since early 2021 when they initially joined our Team 500 – helping to bring in vital funds needed to continue our services through the COVID-19 pandemic. Since then, Slumberdown have been keen supporters, using and sharing their resources …
Find out more
Candlelighters GO GOLD for Childhood Cancer Awareness Month Press Release

Candlelighters aims to raise funds and awareness this September for Childhood Cancer Awareness Month (CCAM). #ChildhoodCancerAwarenessMonth takes place in September each year. At Candlelighters, along with many other children’s cancer charities across the globe, the charity marks CCAM each year to help increase the awareness of childhood cancers, as well as the work they do …
Find out more

We were thrilled to announce the return of our annual Sibling Residential trip this year, to Kingswood Dearne Valley. This trip is for all of our siblings to have a fun time, enjoy being children and make special friendships with other siblings who have been affected by childhood cancer. They had lots and lots of …
Find out more
Page 1 of 3112345...102030...»Last »
Footer
Privacy Policy Cookie Policy